The Office for National Statistics (ONS) have taken over producing household projections from Ministry for Housing, Communities and Local Government (MHCLG). On 20th September 2018 the released projection based on 2016 data showing a need for 25% less housing in England than last projection. For Nuneaton and Bedworth we will have around 6,455 households over 20 years from 2011. The local plans have the crazy idea that we need to build a few more homes to keep the percentage empty constant at around 3%.

It is not all good news as projections for Coventry are still crazy due to mis-forcasting the student growth for another 15 years. However, even ignoring that, for the whole region we are still planning for around 20,000 extra empty homes. 91,000 extra homes for 71,000 extra households.

I have done a short video to explain about this and the borough plan targets. Here is the first rough edit.

This contains graphs of the Borough Plan housing targets and allocations as they get ever more crazy compared to the forecast number of households in the borough. 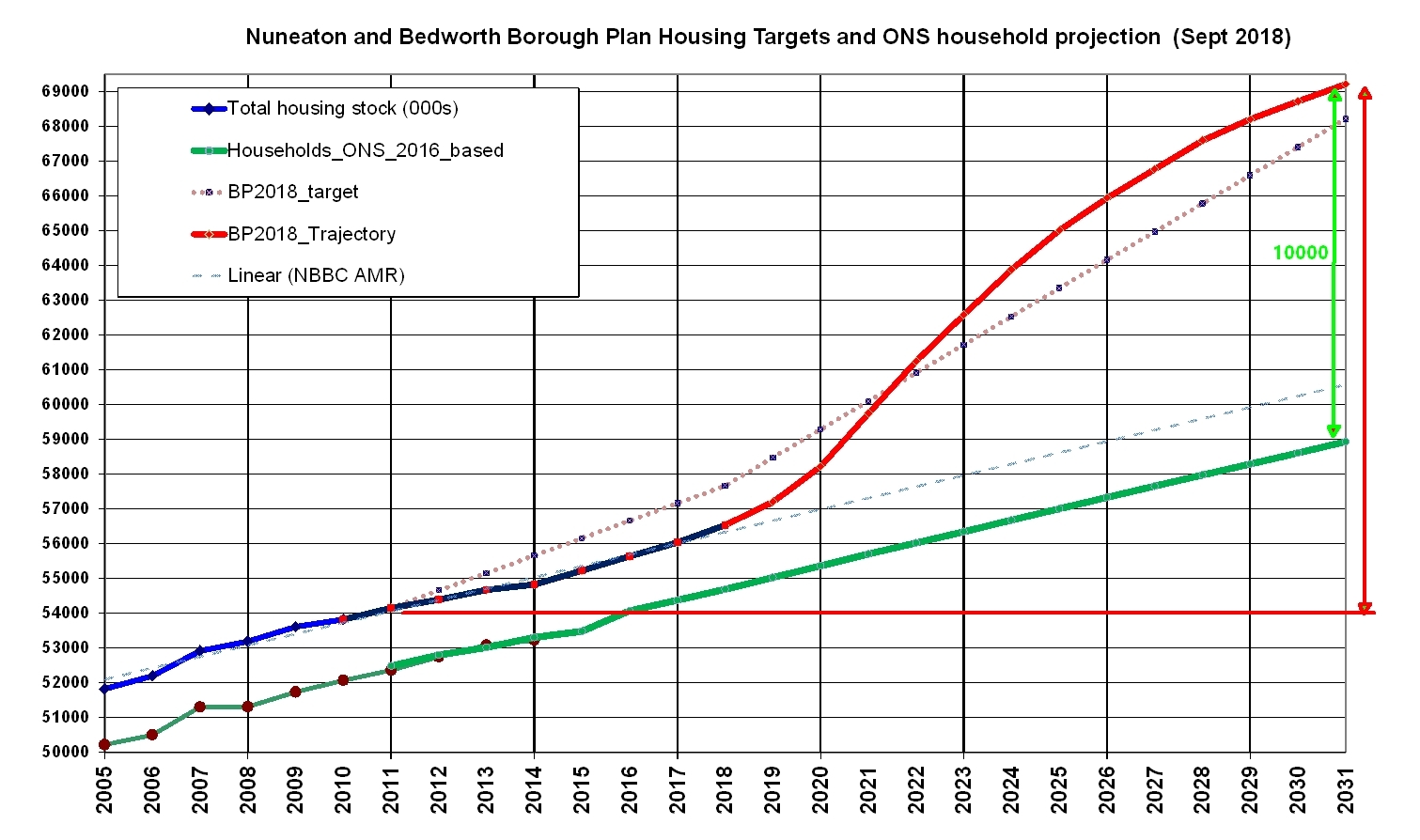 Building over 15,000 extra homes for 6,455  households is crazy. Expecting 20,000 extra people to move to Nuneaton and Bedworth is not going to happen.