It is shocking that almost everyone in Coventry and Warwickshire is believing the story of massive population growth in Coventry. It is a bit like the emperor’s new clothes. While it is clear that the population is growing and changing, there does not seem to be evidence that new populations are growing exponentially. There is a clear lack of extra new births in the city which were expected.  What is more the latest School applications data shows that the number of of children in reception year is falling sharply. The city council has put so much effort into selling the growth story that nothing is coming out about the decline in traditional families.

A report to the city council scrutiny panel in January 2016 {1} showed that the council education department was already expecting the admission to reception classes to drop in 2019. The latest school allocation document {2} implies that some 400 expected reception year pupils have vanished in just 1 year. 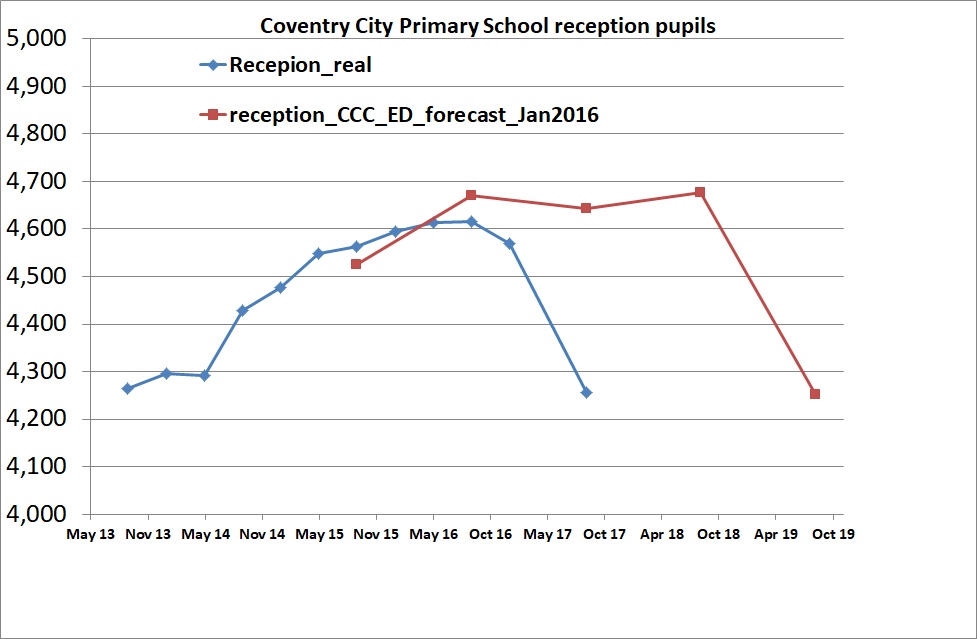 The latest data for births is the maternity rate for Coventry & Warwickshire released as part of monitoring smoking of mothers {4}. This is slightly lower that number of births due to twins etc but is good to see the trend. The data does not take account of where the mother lives and will be impacted by some cross boarder births. 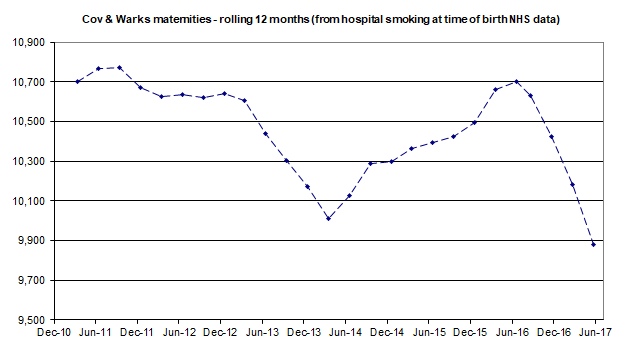 Not only has the birth rate dropped but families are moving from Coventry to Warwickshire putting pressure on Primary schools in areas like the North & East of Nuneaton. This year almost every class in every primary school here is full.

But Coventry seems to have around 10,000 unused school places including about 670 unused in reception year {2}. In recent years primary school capacity seems to have been increased for a permanent rise in birth rates that has ended up as just as bump. Below is from the city council published key statistics. 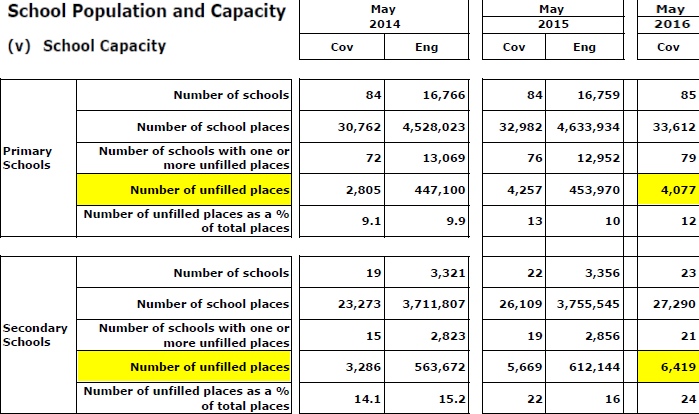 Many of the cities secondary places will be used as the peak in birth rate works though the system. Capacity has been taken out with the merging of two schools but more may be needed done if the flow of families to Warwickshire continues.

Coventry city council latest forecast intake at reception shows a declining trend and real admissions data shows even less children were expected to start in September 2017. It also seems unlikely that intake will increase from 2021 as birth rates are still falling and even less under one year olds are on the October 2017 GP registers. There may be less than 4,000 children for the available 4865 reception school places in 2021.
(update just 4,155 reception year children were accepted for September 2018 with around 850 places unallocated)

We urgently need an honest reassessment of the population size and demographics in Coventry. We are looking at the birth rate being around 20% less than expected in the local plan. There is likely to be a serious error also in the 20-40 year old population which was expected to give rise to over 5,400 births this year. From teh data that has been published in 2017 it looks like in 2017 Coventry mothers will have around 4,300 births. 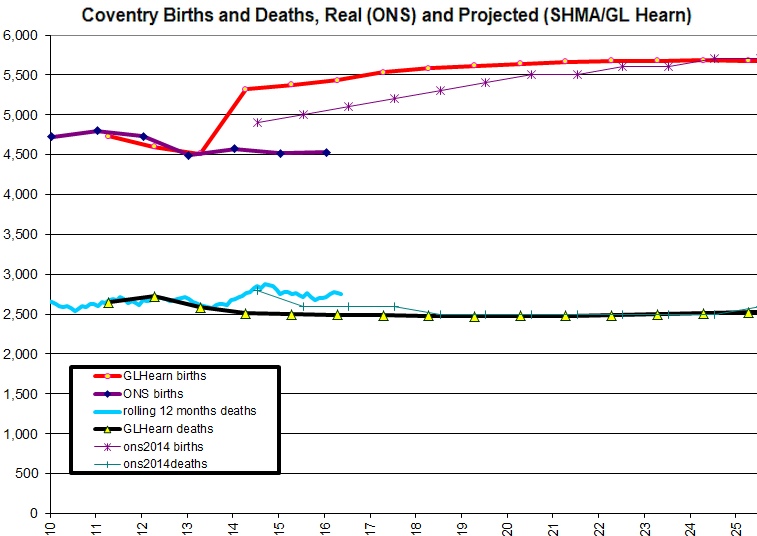