The paper starts looking at overall provision in the borough. At the moment, the largest area of housebuilding in the borough is in their Nuneaton North and East Area i.e.  Weddington, St Nicolas and Whitestone.

The paper then gives the first indication that the primary school planned for the Lower Farm Site, due to open with a reception class in 2019, may not happen. I have now had it confirmed that it has been no chance of making the 2019 target for some time.  Even if it opened on time, the process of filling up from reception year would lead to a 6 year delay in providing capacity for in-year transfers for year 6.

The paper then gives the projections for the area over the next 5 years. The biggest problem is not children applying for reception places on time but people moving into the area being unable to get a place.

The spare places for in-year transfers in the Borough are expected to be in Nuneaton West and Bedworth South West.  Problems generally in the borough  are expected to reduce after 2022, as a reduction in Birth Rates works through the primary school system but problems will remain in the North East of Nuneaton, as a result of the on-going developments.

The bulge in birth rates around 2008-2010 is starting to hit the secondary school system this September. Yet again the biggest problem will be in Nuneaton North East, with initially, spare capacity expected in the West and South of Nuneaton. The problems with Nuneaton secondary schools will be both from normal admissions and in-year transfers. 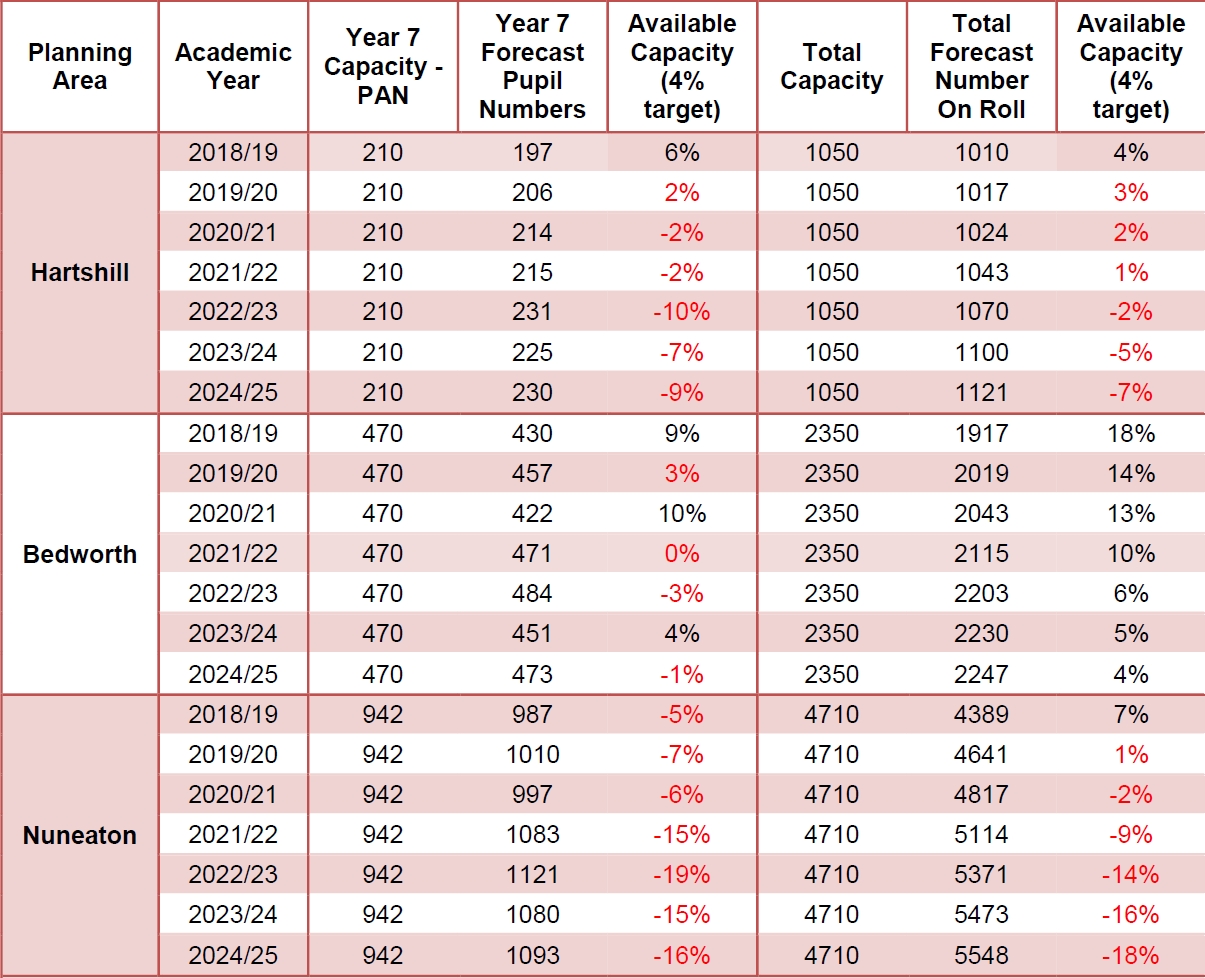 Meanwhile,  in Coventry the population is growing due to a massive expansion of the two universities. This is having the odd effect of reducing the birthrate as families have been displaced into Warwickshire. The latest school admissions data shows there were 804 spare places in reception year for September 2018 at close of applications. This compared to 436 spare places in 2016 and 692 spare places in 2017. For secondary schools, the picture is different with a 10% rise in applications for year 7 since 2016.

I notified the Nuneaton News of the delayed school